Finding You by S.K. Hartley

I came across this week’s pick for Book Trailer Wednesday while combing through Youtube. After watching the trailer for Finding You, I had no doubt this was my next read.

Armed with the knowledge that this book was part of a continued series, I began reading it right away. The story took two days to read with interruptions and left me willing to buy other books by her. 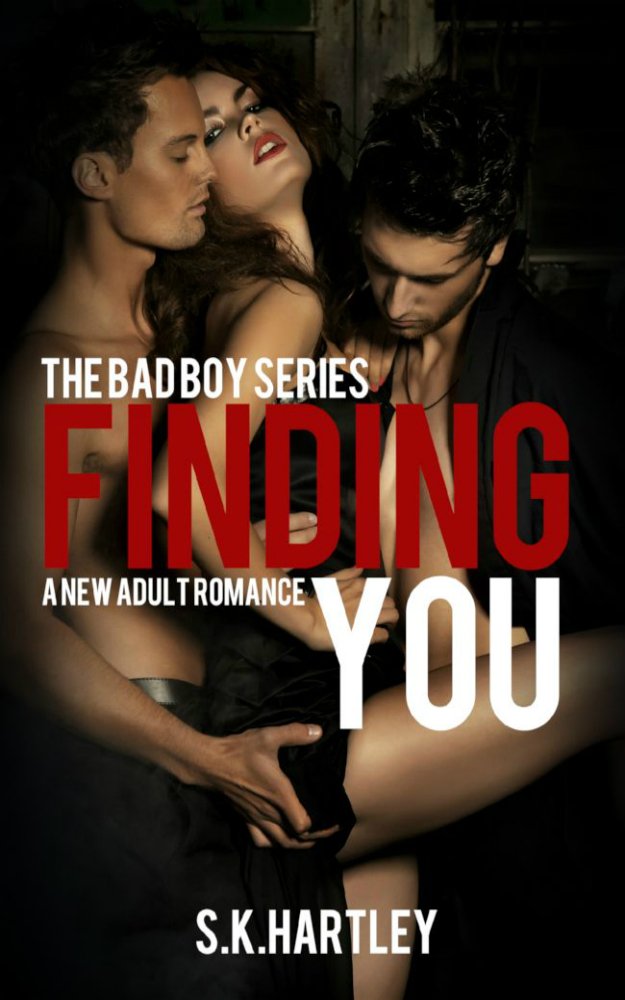 Finding You – Book One in ‘The Bad Boy Series’

‘I will always take care of you’

My pain started when I was just ten years old, it was the day my mom got that dreaded phone call. Life has never been the same….

‘I will always protect you’

I am all kinds of broken….

I have known Logan White since forever, he is my brothers best friend and my secret protector. I used to have nightmares that drew me into a dark place and when the nightmares got too much, Logan was by my side. The nightmares are few and far between now, but my life is centered around the tragedy of my past.

Logan is the definition of ‘man whore’, with girls lining around the block to drop their panties at the click of his fingers. But after an unexpected moment things change. Now Logan is somebody else; hot, sexy and so damn delicious and I want to know him. Desperately.

But then there is Angel Walker who is far from the angelic nature of his name, with eyes so hypnotic that I lose my inhabitation’s just by staring into them. But he is a broken man who just screams sin. He doesn’t want to protect me or care for me, He just wants me.

Fists will fly, hearts will shatter and desire will be fueled.

Neva – The guilt ridden young woman who is haunted by the nightmares of her past. Shaped by the death of the one man she loved – her father. She is a bit messed up and obviously confused by her attraction to two men.

Angel – Exotic, blue eyed, sex god that she feels a drawn to. She sensed him long before she ever lays on him, an unexplained attraction.

Logan – Her brother’s best friend and self proclaimed protector since she was a child.

Though at times I wanted to slap Neva for her foolishness, I found this story to have a compelling mixture of entertainment and turmoil. The author did an excellent job of drawing me into the story, with me laughing one moment and crying the next. I found myself joining Neva on her emotional roller coaster and actually enjoying the ride.

The sex scenes and language are not so explicit that readers would be offended. Yet, the author gives enough detail to hold the attention of someone who is used to much more graphic descriptions.

If you judge books by a moral compass this might not be your cup of tea, but I found it realistic for a college setting. There is hot sweaty sex and enticing sexual moments that left me fanning myself. This is a love triangle so be prepared for a bit of promiscuity.

I expected this to be your typical boy meets girl – girl struggles to decide who she loves, even as I was reading this the ending was so… unexpected. While the cliffhanger was annoying, that is not what left me asking, “What the…” A plot twist that surprises me in a romance is rare. Great job.

To wrap things up let me just reiterate, this book has one heck of a cliffhanger. That being said I would still recommend it. Good news, book two comes out at the end of January.