Review of His Judas Bride

I wanted to find something in the historical romance genre once more. In my search, I came across this book trailer and thought it showed potential. Plus, I’m a sucker for a man in a kilt. The price tag is a bit higher than I generally pay, but once in a while the premise of a story will intrigue me enough to bypass my stubborn nature. This was one of those cases. 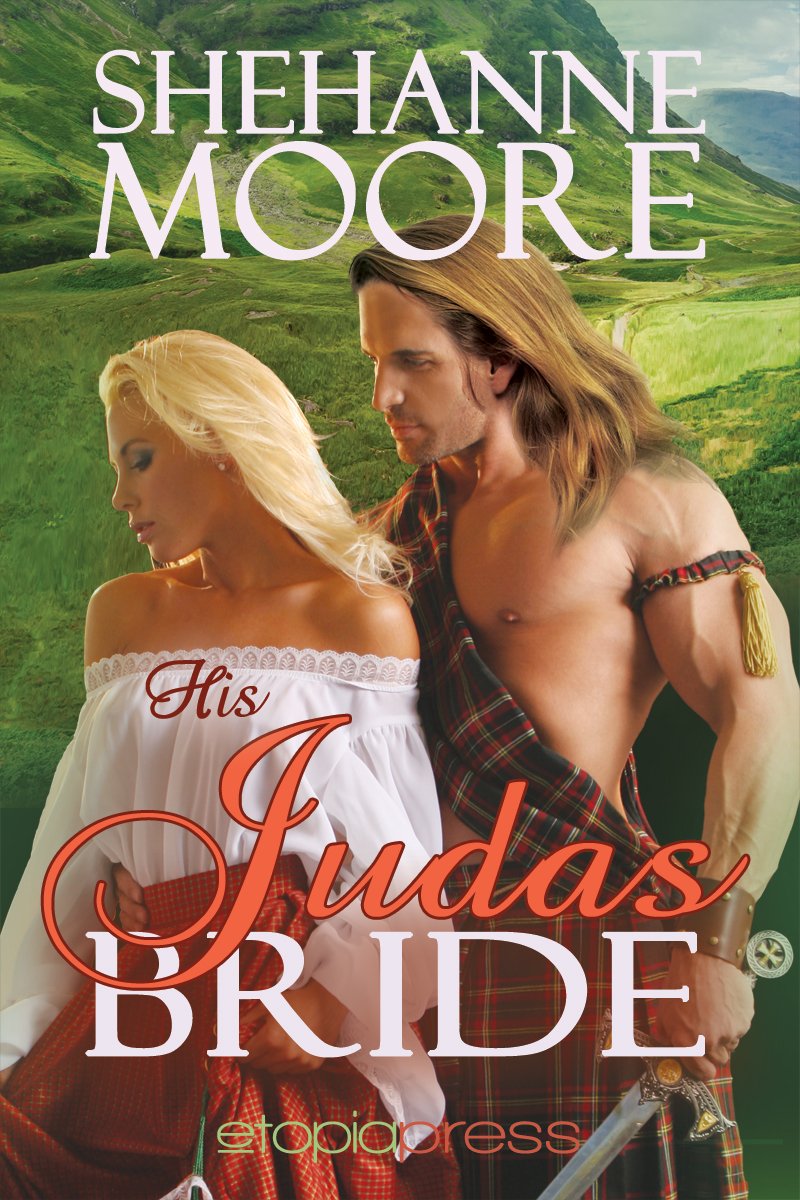 To love, honor, and betray…

To get back her son, she will stop at nothing…

For five years Kara McGurkie has preferred to forget she’s a woman. So it’s no problem for her to swear to love and honor, to help destroy a clan, when it means getting back the son she lost. But when dire circumstances force her to seduce her fiancé’s brother on the eve of the wedding, will the dark secrets she holds and her greatest desire be enough to save her from his powerful allure?

To save his people, neither will he…

Callm McDunnagh, the Black Wolf of Lochalpin, ruthlessly guards heart and glen from dangerous intruders. But from the moment he first sees Kara he knows he must possess her, even though surrendering to his passion may prove the most dangerous risk of all.

She has nothing left to fear except love itself…

Now only Kara can decide what passion can save or destroy, and who will finally learn the truth of the words… Till death do us part.

I liked this historical romance. If I had to pick one word to describe the book in its entirety that would have to be deep. There was a lot of deeply felt emotions dealt with in this novel, not just a romantic love either. The author took the character’s life tragedies and used it to build a foundation. Something solid that would last through time, not a fleeting ember that needs constant attention because of its delicate state.

I have to admit, while I enjoyed the story there were times that the character’s thoughts were confusing and I had to reread parts to grasp what was being said. In my opinion, this isn’t a book you can just sit down and flit through without any real concentration. There is a lot of depth to the thoughts inside both the hero and heroine’s minds that takes more than a cursory glance. I found it difficult to read with distractions from the outside world.

This book isn’t fast paced, it’s a slow build, that teases the senses. There is a great deal of loss, mistrust and intrigue to keep the reader occupied. Eventually, the romance ignites into a bright flame. It leaves you feeling breathless. Theirs is a love that will last through the times. A story to be carried on through the generations.

This was a difficult book to rate for me. I enjoyed the story. The romance was all consuming and the author did a great job with the characters. There was such a serious dark edge to it, that I found myself tense constantly. It’s not really a book to spend the afternoon relaxing, but then I wonder if that’s what the author intended. Her words were powerful and moving in a way I haven’t witnessed in historical romance in ages. I give it a 4 hearts.