This book trailer caught my eye while searching through posts in one of my groups on Goodreads. The music and visual aspects of the video appealed to me enough that I wanted to know more. Plus I liked the whole daughter of an Angel aspect as I’ve read few books in this sub genre. 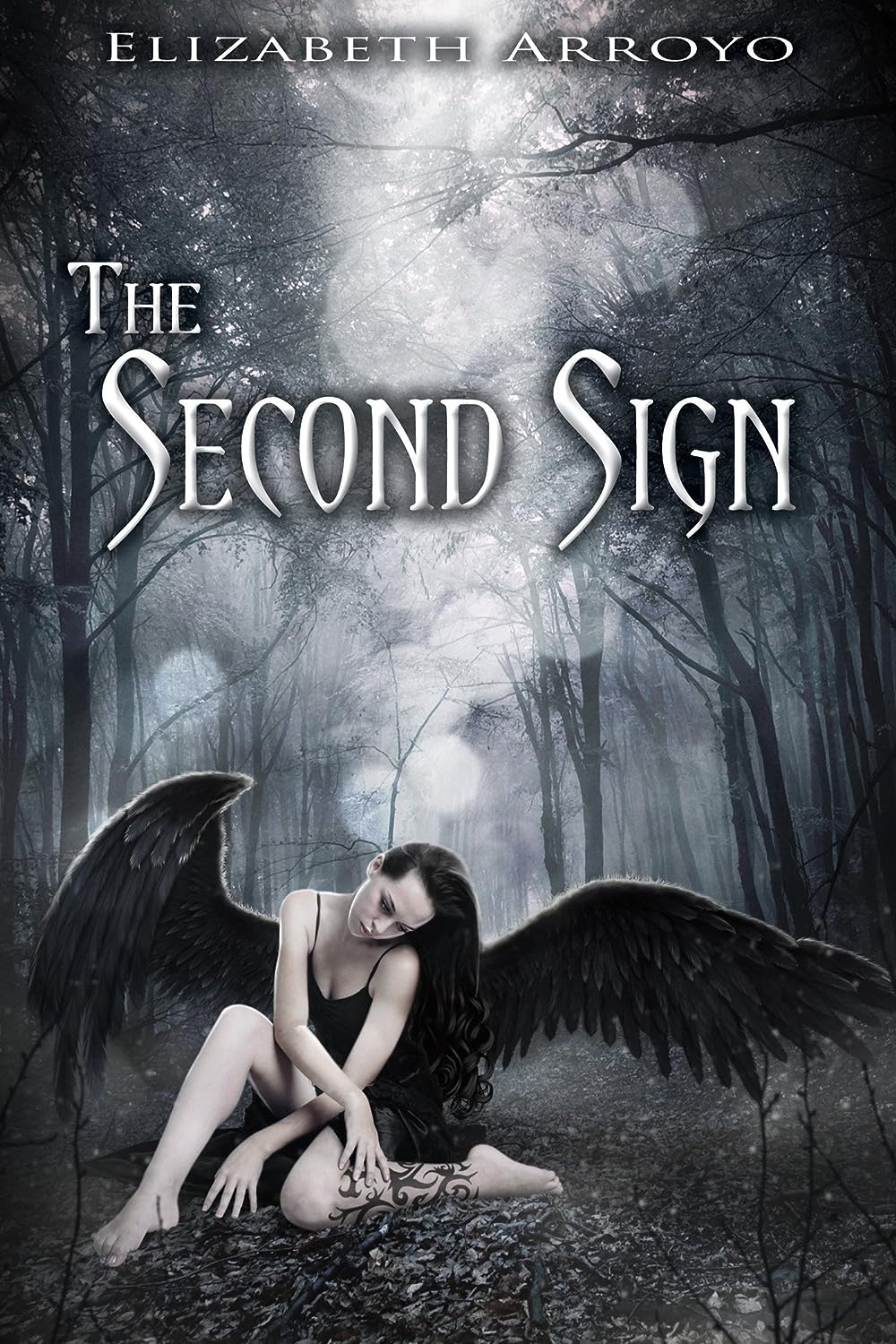 Bred to believe in the war between angels and demons, Gabby has come to the conclusion that love is responsible for war, jealousy, and all the other deadly sins she can think of. So when she’s exiled to the middle of nowhere for getting kicked out of her fifth school for fighting, she doesn’t expect to meet Jake. Much less fall in love. But Jake is quickly drawn to the eerie beauty of her violet eyes while Gabby is unsettled by their undeniable connection.

When a demon guardian comes to collect her soul, she refuses to give it up. She’s not a demon. She can’t be. Her father and twin brother are angels. The demon gives Gabby twenty-four hours to decide her allegiance and then starts killing her short list of friends, leaving a message behind: She is the Second Sign.

As Gabby and Jake begin to unravel the mystery behind the Second Sign, she learns Jake may be the key to saving her soul. But it means a sacrifice has to be made that will change their lives forever.

Gabby – A seventeen year old girl with anger issues, tends to punch first ask questions later. She’s been expelled from five schools for her volatile temper. She’s half human half angel and her twin is a full-fledged angel. She suffers from envy and low self esteem, which leads to her incessant need to push people away before she becomes attached. This habit may make her difficult to like at first but she grows on you. As a psychic, she doesn’t like to be touched or touch anyone else and she’s never had a real boyfriend.

Jake – He was an adrenalin junkie who found himself captivated by Gabby from the first sight of her. He’s confused by his obsession for her, the way he’s drawn to her like a moth to a flame. It’s not like he has never had a girlfriend before, she’s just the first that ever mattered.

The POV switched back and forth between Gabby and Jake allowing the reader a better feel for both sides of the story line. The plot line is pretty easy to pick up on. She’s the daughter of an angel and the demons want her soul. This book has a great setting for its YA targeted audience and would be an excellent read for those who enjoy romance with dark connotations.

The author captured me from the first chapter. The macabre setting not what I expected at all. I started reading this anticipating a romance and while this book has romance in it the essence of the story is so much more than that. The teen drama of Chapters Two and Three drug a bit for me, but I’m not the target audience for this book so I expected that in some places. By Chapter Four I was completely hooked once more.

I really enjoyed this book and its unconventional aspects. I found the author’s portrayal of Angel and Demon roles fascinating. This story held an interesting mixture of romance, coming of age, angels, demons and psychic abilities all wrapped up with a dark twist. While it left some questions unanswered the ending wrapped up nicely for a lead into Book Two.

This story contains dark violent scenes so if you’re expecting a sappy romance this is probably not for you. I recommend this for anyone who likes to dip into the more sinister and eerie side of the paranormal world. While I will not be reviewing the next book in the series, The Second Shadow on my website I do intend to work it into my reading line up. I think a knife with blood dripping might be better suited for the rating scale but alas my webmaster said no. 🙁 I give this book 4 hearts.